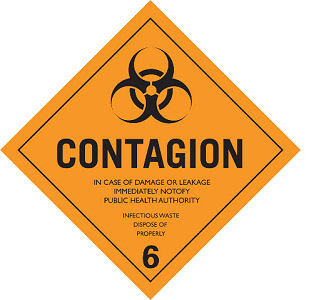 This movie had an unbelievable amount of potential and gained a lot of support after its excellent series of trailers. But ultimately it collapsed under the weight of all of the stars in the movie. Huge casts of A list actors are generally not the best route to go if you are trying to make a movie that has to be based solely in real world situations. I just didn't believe the Morpheus would be the head of the CDC and Demetri Martin really cannot pass as a scientist. Matt Damon and Marion Cotillard seem to be the only ones who knew that they were in a movie that they actually have to try and act in and that is why their portions of the story standout. There are no real surprises in the movie, other than the ones that are spoiled in the trailer (Paltrow is in the movie for 5 minutes). Steven Soderbergh also phones in his direction with the movie looking relatively drab throughout.
The movie should have been focused solely on the plight of Damon's character and his daughter as well as the story of Cotillard's character. Damon is too good of an actor to only be featured sparingly in a movie of this nature. He uses the most of his screen time and puts together a fantastic performance that is easily the film's best because he took the time to create a well fleshed out and sympathetic character. Cotillard plays a sympathetic doctor who is taken hostage by a group in China who is searching for a cure to the plague. She gives a very strong performance, which has become commonplace in her short career. I can say with certainty that I would have watched a movie that featured only these two characters because their journeys were very interesting and left a little mystery to the entire situation pertaining to the plague.
The wasted potential of the movie is very sad and it is really too bad that we will never know how truly good this movie could have been if the story had been told properly. Soderbergh really needs to stick to obscure independent movies because he simply butchers mainstream movies. This get a 6/10 simply for the two story lines that were good and the rest of the movie was pretty much crap.
Posted by Unknown at 4:18 PM