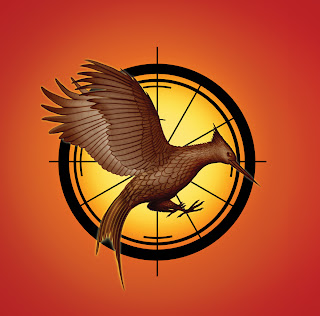 This is a first for me, attempting to review a book. Pretty much comes down to the fact that I have never tried to review a book before so this might be slightly painful to read. There also might be a ton of SPOILERS in the review so be careful. Catching Fire is the second book in the Hunger Games Trilogy and is my personal favorite. The characters, story and action are all top notch. The movie series has a real high bar to top on this one because it is much more brutal and violent then the first book and that will need to be displayed accordingly. This volume introduces many of the series most interesting characters and has my favorite action sequences in the series as well. Suzanne Collins does a fantastic job creating this rich world that you feel is not that much different than our own and it would only take a few major events for our world to shape into something like the book.
The book reflects the extremes of our own society with many of the districts of Panem being unbelievably poor, where people struggle to come up with enough money to simply eat. There in our own society where this occurs but not on the level seen in this series. The rich lives incredibly lavish lifestyles and are completely oblivious to the problems of the poor which is similar to our own society except everything in the book is amped up to an extreme degree. The Hunger Games themselves reflect on the love of violence in organized society. We had the gladiator games in ancient Rome and even now we have MMA fights which have overtaken Boxing as the most brutal sport in the world. These books were published well before the Occupy movement came into existence but you see how easy a rebellion can start over something that seems so common to most of society. In the case of the Hunger Games Trilogy it happens to be the tyrannical rule of the government and the events of the 74th Hunger Games in which Katniss is participating in.
I am not going to sit here and explain the outline of the story and plot because that would get bring really quickly. I will say that this book is much more complex than The Hunger Games Book 1 for several different reasons. The books sees these characters evolve from innocent, at least Katniss and Peeta, into strong young adults. Several other characters such as Haymitch transform into revolutionaries due to the circumstances of the events around them and their desire fight tyranny and injustice. That sounds unbelievably corny but this is my review so I really don't give a shit. Best character of the novel has to be Finnick, who is originally thought to be this aloof man whore by most of the people in Panem but he is nothing like the way he is perceived. He is willing to die for the people/ideas that he believes in and he has a truly tragic story in many ways. The producers of the movie better not mess this character up because he is one of the deepest characters in the series and one of the most badass characters as well.
This is one of those novels that you read and you automatically want to pick up the next installment and just rip through the story. It was for me at least. The characters and action alone make this book worth reading. The series is quickly becoming a favorite of mine and over the next few months I am going to make a conscious effort to read more and work on my book review skills. This is a great book and really deserves your time. I know it is not really "cool" to read but there is no better image then the one you create in your mind. This is a 10/10.
Posted by Unknown at 8:32 PM