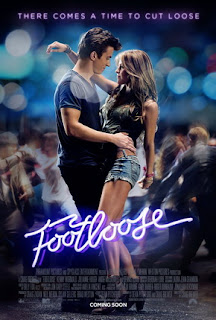 For some strange reason I am a huge fan of dance movies such as Flashdance, Footloose (the original), Step Up (All of Them), and now the Footloose remake. There is absolutely no reason for me to like these movies because I usually enjoy well thought out stories, good acting, and movies that generally don't feature dancing. It might be that I get wrapped up in the music and a few of the characters or that most of the characters are similar to me in age and I can relate in some strange way. I actually liked this version better than the original but that has more to do with Julianne Hough's ass than anything else. She is just about the perfect looking woman and seeing her on screen is great. She really cannot act but that is a minor gripe. The women in Transformers couldn't either but they were great to look at.
Miles Teller makes this movie great because he really caries every scene that he is in. He plays a redneck jock who refuses to learn how to dance until the main character convinces him that it will help the town. His transformation through the movie is great and he is a character that everyone can root for because he is a nice guy who happens to be a total boss. Ray McKinnon plays the uncle of the main character and just like in his role in Sons of Anarchy, he controls every scene that he is featured in. His screen presence and acting ability are great and he seems genuine in all of his roles which makes him easy to relate to. He is a total boss in this movies and puts a lot of characters in their place.
This is not a movie for everyone because most people aren't really into dance movies. This one is a cut above the rest because it has a solid story, good acting, and Julianne Hough's ass. I loved this movie and I am not ashamed to say it, it is a quality movie and a lot more people should have taken the time to see it. The movie gets a 8/10 and Julianne Hough gets a 10 for being incredibly gorgeous.
Posted by Unknown at 7:35 PM