Breaking Bad- When Did Walt Go Off The Deep End? 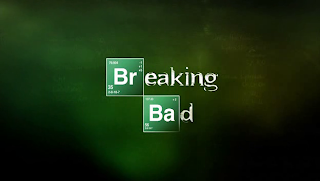 Walter White of the show Breaking Bad is one of the most complex characters in television history. He goes from a meek chemistry teacher to a ruthless meth cooker over the course of a few seasons. There are many points in the series that you can say, "this is where it all went south for him". The fact is that there are so many of these events that is hard to really pinpoint where Walter lost his humanity. I have read several articles online debating the time when he actually snapped and there was no turning back. From this point on there will be a heavy amount of spoilers for people that do not watch the show or haven't watched up to season 5 yet.

I my opinion the point where Walt could no longer go back to his former life and lost his humanity is when he let Jesse's girlfriend, Jane, choke to death on her own vomit while she was asleep in her bed. This is the point where he had to start keeping keeping things from Jesse and he was also responsible for her death because of his inaction. From this point on he just kept making decisions that took him further into the rabbit hole with no end in sight. He has been responsible for a few other deaths but this was the most heinous because he had a clear choice to save her or let her die and he chose for he to die. She presented no danger to him and he still chose for her to die because in some misguided way he thought that he was saving Jesse. This is a crock of shit considering all of the terrible things that he has been responsible for in Jesse's life, including forcing him to kill an innocent man.

Walt is a character that seems to be irredeemable at this point because everything he does has poisonous effects for the people around him. His wife has become increasingly involved in his business and sooner or later his wife and kids will come into the sights of a cartel or some other group. Walt is not a good guy or an anti-hero, so in my opinion I'm rooting for him to get caught by Hank or killed by Jesse in the end, both are good possibilities.
Posted by Unknown at 9:45 PM