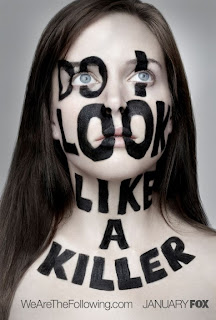 The first domino in Joe Carroll's eventual downfall has fallen and it is a major one. I knew Roderick would eventually turn but I had no idea that it would be this soon and so abruptly. We all knew that there was a massive amount of tension between Joe and Roderick, but we didn't know what the breaking point would be.it seems like the breaking point was Roderick feeling like he was being left out of Joe's "plan" as well as the fear of getting caught after Weston recognized him at the Sheriff's station.

"Havenport" is one of the best episodes of the season thus far by showing us all of the different sides of the story. We got to see all of the major players in this episode with time being spent with Ryan, Joe, Weston, Roderick, Emma, and Claire. Ryan and Roderick got most of the screen time with us seeing bits and piece of Joe reacting to his plan slowly collapsing around him. The abrupt death of Roderick in the middle of the episode was jarring but there was nothing really left for the character to do at that point. The only thing that could have saved him was a prolonged conflict with Joe but that had run its course. We also couldn't go through Joey changing hands again for the third time as that thread had already gone stale.

Ryan got back to being a complete boss by taking charge and calling out all of the followers to turn themselves in for a deal. There is no way for him to back any of his guarantees but he was just playing mind games with Joe & Co. He had another confirmed kill which is like his 10th of the season. Looks like we have another Jack Bauer on our hands with this one. I also have a feeling that he knows that he is Joey's biological father, which has been a longstanding theory of mine from the beginning of the season.

Can someone tell me when Jacob became a fucking ninja, the guy is nearly invisible when he wants to be. I had no idea that a guy who was a little bitch at the start of the season could turn into a psychotic heartless killer in a matter of days. Then Ryan turned him back into a bitch with a couple pf sentences. Jacob is a very interesting character but he is becoming increasingly frustrating with the way he is being portrayed. Dude is not a ninja, stop writing him like he is. It is just pointless.

Claire really needs to die at this point so Ryan can go full steam ahead with hunting Joe. The damsel in distress act is pointless at this juncture in the story and her death would move the story forward instead of holding it back. Natalie Zea is awesome to look at but there is no depth to her character at all and the show isn't trying to fix that. Maybe she will get some more screen time next week. Emma was being the whore that she is again this week, and she is another character that has seemingly outlived her usefulness. If Claire dies then maybe she will become Joe's lover which would be interesting for a little while.

There are a ton of places that this show can go over the next two episodes. I hope the writers chose to go the ballsy route by killing Claire and then having Joe go into the wind becoming a king without a castle in the world of killers. Have him roam the country picking up killers along the way. Just an idea but it may be able to keep things fresh for a while. Did anyone else laugh when Donovan got stabbed in the eye? You could see it coming from a mile away and he still got close to her, what an idiot. I really did love this episode and I am really pumped for the final two entries of the season. Also keep in mind I was writing this review as I was watching the episode, so that is why there are a few jumps from topic to topic.
Posted by Unknown at 10:17 PM